Would you like to know what a tent vestibule is for?

Well that’s good, because I’ll be talking about the ins and outs to this very useful feature.

They aren’t always needed, but they are really great to use nonetheless.

Discover if you really need one for your camping ventures or if you should stick with a tent that doesn’t have one.

So What Exactly Is A Tent Vestibule?

A vestibule for your tent is extra space under the rain fly.

The rain fly stretches right out, covering a much larger space than the just body of the tent – creating the vestibule room.

Essentially, it is a mudroom, a place to store your gear out of the elements but also out of the tent itself, just to keep the interior as clean as possible.

Example Of A Vestibule Room 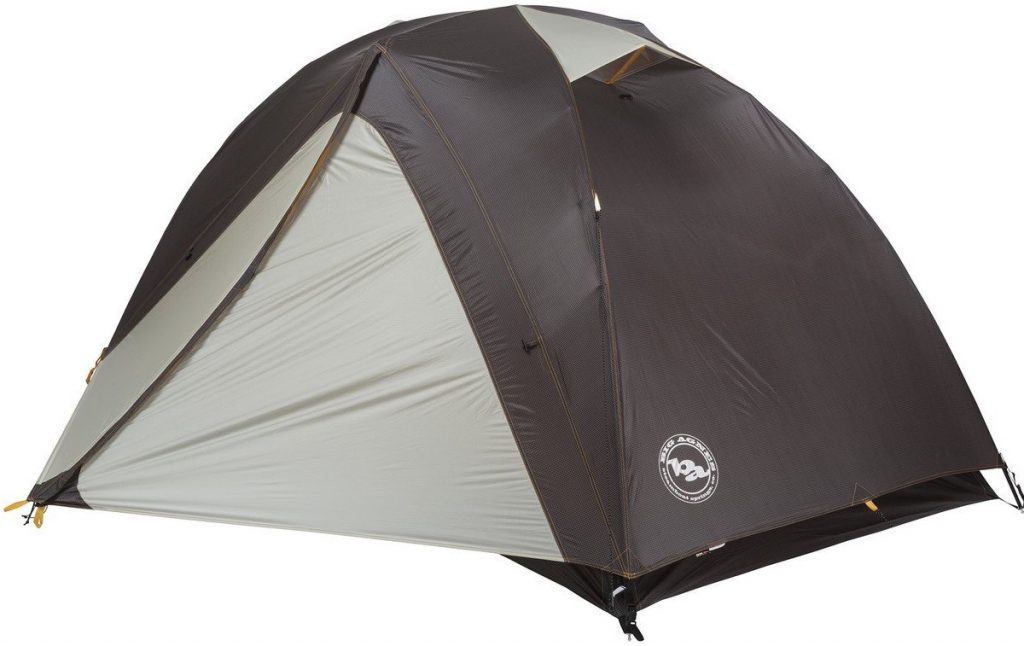 Cooking In A Vestibule

Cooking inside your vestibule is a big no-no. I don’t care how desperate you are for a cooked meal, LIGHTWEIGHT fabric that gets heated up doesn’t end well!

Even if you don’t care about any of that, carbon monoxide can and will kill you, it’s just a matter of “when” this is going to happen, when the tent builds up with enough of it and puts you in a coma!

At the very least, you will get very sick.

If there is no air flow or a lack of it, you will first fall into a coma and then die. It’s that simple!

It’s not worth the risk, it’s actually a “lose-lose-lose” situation, because you will be attracting animals to your sleeping area as well.

Basically, you’re just asking for something bad to happen if you decide to cook inside the vestibule room, so don’t do it!

Not All Tents Have Vestibules, But Why Not?

Vestibules are definitely becoming more and more popular, but there are still a large amount of tents that don’t have them.

That’s because they aren’t needed.

For example – Not all large tents need one. Large tents are mostly used for car camping, so you can either keep your gear in the car or inside the tent since they provide a lot of space.

Some ultralight tents don’t contain vestibules either, and that’s because they focus on staying as light as possible.

Available In All Shapes And Sizes

You will find vestibule rooms on all tent sizes, they aren’t just available in 1 specific size.

On most tents, they are located at the front of the tent.

A 6-Person Tent With A Vestibule

However, sometimes they are located on the side of a tent, or even in the middle.

How are they in the middle?

They are called tunnel vestibules, and they are usually found on larger tents with 2 rooms.

The vestibule room is much bigger on larger tents, providing ample space for everyone using the tent.

Do You Really Need One?

So there ARE some instances where a vestibule room won’t be needed when you are backpacking, like when you have a 2-person tent and you’re going by yourself since you can stash your gear inside the tent.

Or when you are backpacking with a buddy (with a 4-person tent) and you have split the weight up. If there is enough room inside the tent for your gear, then you will be fine.

What I’m trying to say is that you NEED to take your inventory into consideration.

The last thing you want to do is reach your destination and then wonder where you are going to put your gear!

That’s why vestibules work so well, so you don’t have to store your gear inside the tent where it’s going to create a dirty, muddy, and sandy mess!

Either way, I never go backpacking without a tent that doesn’t have one.

I find vestibules to be very useful – all the time!

The only time I don’t use them is when I am car camping, but even then I still might consider it – depending on how many people I am camping with.

1. Do you want a tent with a vestibule?

2. Did you learn a thing or two from this article?

Thanks for stopping by!

6 thoughts on “Does Your Tent Have A Vestibule? This Is What It’s For”