Men can go on their own camping trip while feeling safe, so why can’t women feel safe as well?

It’s simple. Men are physically stronger and have different intentions (think differently) than women, so women already know that they are at a disadvantage BEFORE an encounter even begins!

But don’t worry my fellow women friends! Because you can definitely have the same amount of fun as men while out on a women’s camping trip!

It’s just a matter of being in the know, counting the odds and weighing the differences, then figuring out where you stand.

That’s what I will be doing in this article, telling you exactly how it is and how you can have a great camping trip without being scared to death every time you hear a twig go snap in the dark, dark forest.

You Are Safer Than You Actually Think

Society likes to make women scared of being in the dark, or even just being alone for that matter.

I get it, horror films set the bar and the media just makes it even worse. 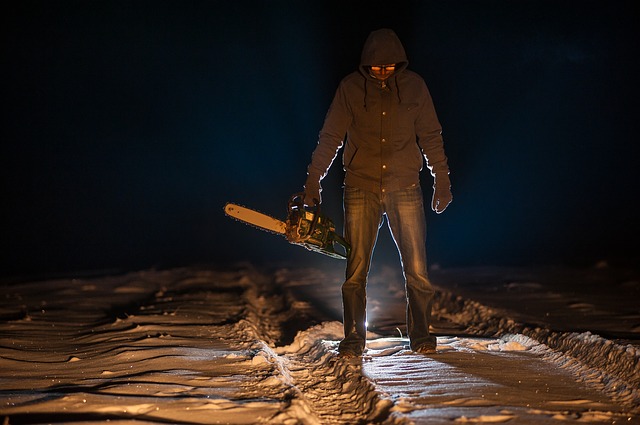 The true fact is, crime against women have been on the decline over the last decade, it’s because of social media and Facebook/Twitter news groups that we hear it more often.

Horror films love to target lonely women in dark forests, to hunt and kill them, when this is simply not the case.

Don’t get me wrong, it does happen, but VERY rarely.

If you do go camping by yourself, of course you are at a massive disadvantage, but there are other ways to increase your odds of having a safer trip than you would otherwise.

This might sound counterintuitive since you might think that you need to avoid human contact as much as possible. However, if you ever need to get help, you can scream and somebody will come to your aid.

Whereas if you’re in the wilderness, nobody can hear you! (other than who you go camping with). But then again, one man can still be stronger than a group of females.

That is why I recommend a public campsite more than the wilderness. They are much more secure, with plenty of helpful, strong men around and park security to ensure everyone’s safety.

2. The More Females, The Better 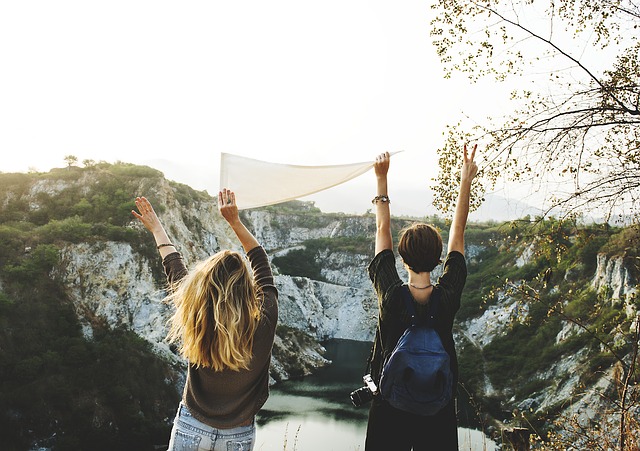 If you ever wanted to go on an all-women’s camping trip, and simply taking 1-2 males (for security) is completely out of the question, then you better take more females.

The more women going on a camping trip, the more there is to fight an attacker if there ever is one!

3. Be Prepared With Pepper Spray

There’s a good reason why many women carry pepper spray on them all the time, and that’s because it works!

If you can get a good spray on a mans eyes, you will have more than enough time to get out and get help, while there’s a very high chance that he will go in the opposite direction and not turn back.

But if you want to ensure that he will never come back again, spray him, then kick him in the balls as HARD as you can.

I will tell you right now, you could probably walk out of the situation while whistling your favorite song since he will be that disorientated.

If he does happen to come back for more, give him another dose of pepper spray and another swift kick to the nuts again – THEN start running and screaming for help! 😛

Whether you want to go for a midnight pit stop or a wander off in the woods because you can’t sleep, you need to have a friend with you.

You can be EVEN safer just by having another female friend sleep in the tent with you.

So when you scream for help, you have somebody right there beside you that can also help fight off an attacker.

5. Have A Knife On You At All Times

Not only are they good for filleting a fish, but they give you an extra sense of security since you know you have something to defend yourself with.

You don’t even have to use it if you don’t want to, but when it’s your life vs an attacker, who knows what you will do with all that adrenaline rushing through your body.

I also recommend that you keep one under your pillow when you sleep. An attacker will get out of there incredibly fast when he realizes you aren’t afraid to fight!

Nobody is weak and no one can estimate your powers/strengths, especially when it comes your life vs someone else’s.

And trust me, you probably don’t know what you are capable of either, but you will soon learn your strengths and weaknesses fast enough.

Stay safe, travel in groups, and always have your pepper spray at the ready.

You will feel much safer with your camping friends with you and a knife in your back pocket!

Do you have anything to say? What makes you so scared about going camping? Leave a comment below.